In 1991,  local school teacher Mary McDaniel had an idea. She wanted to protect Mountain Island Lake, the drinking water source for hundreds of thousands of area residents, from being overdeveloped. 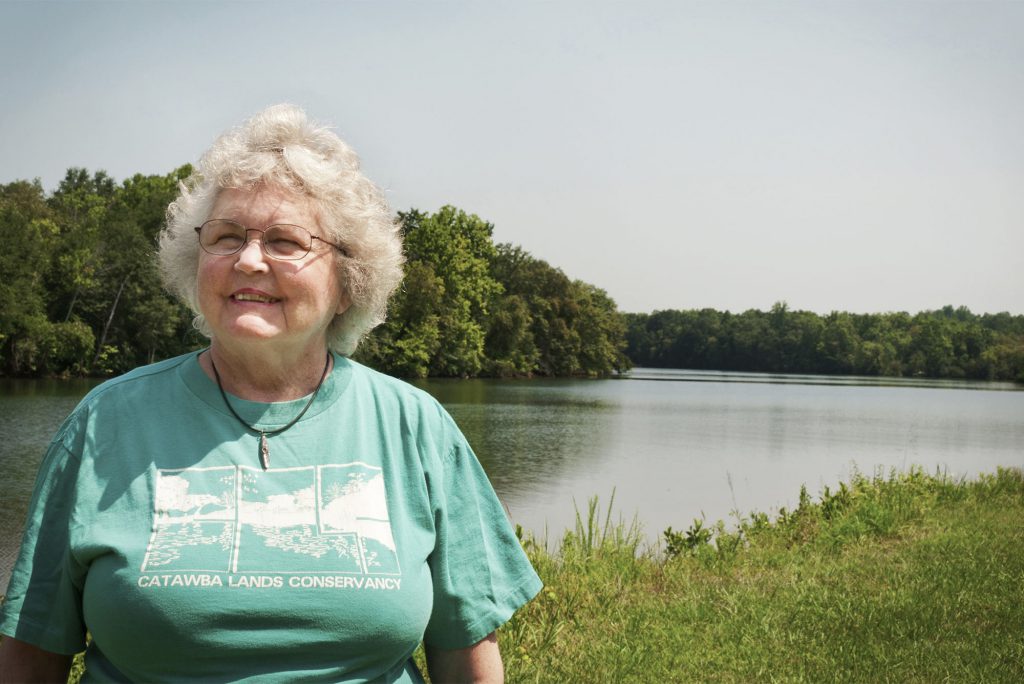 “I guess I was a little obsessed,” she said of those early days. “But that’s how I was raised. I was raised on a small farm and was outside all the time. Growing up,  there were always two books on my family’s dining table: the Bible and Peterson Field Guide to Birds.”

A dining table played an important role in Mary’s adult life, too. The group that would later become Catawba Lands Conservancy convened for the first time around Mary’s dining table in 1991.

She and her core group of volunteers—lots of ecologists and activists—attracted media attention, then moved on to capture the attention of government officials. She named her fledgling group SMILE (Save Mountain Island Lake for Everyone), and their efforts prompted Mecklenburg County to propose a $5.6 million bond in 1991 that allowed the county to buy the lakefront property Mary wanted protected. The bond’s passage wasn’t just a financial win; it gave the group confidence—and clout.

They realized there was an opportunity—and a need—for conservation work on a larger scale throughout the Catawba River Basin, and a formal organization—with nonprofit status—was necessary.

The Conservancy looks much different from the days when it was an all-volunteer organization that met in Mary McDaniel’s dining room. CLC now encompasses six counties and have preserved more than 15,000 acres. Water quality is still an important component of CLC’s work, but the scope has expanded to include farmland, wildlife habitat and making connections between people and nature.