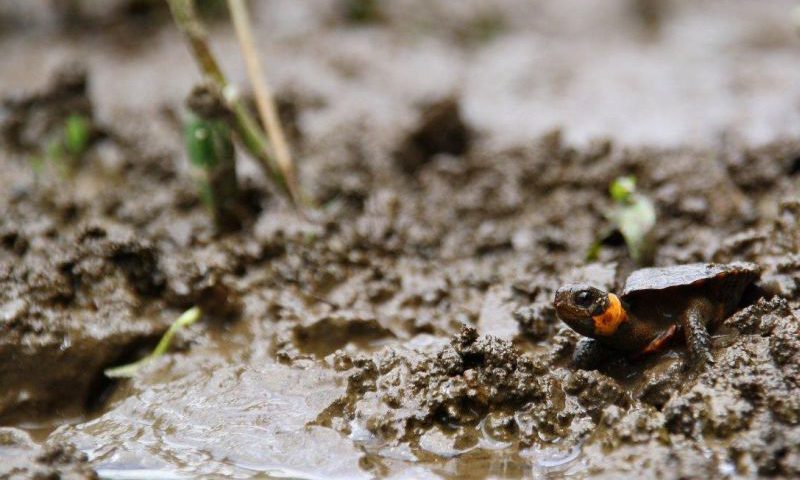 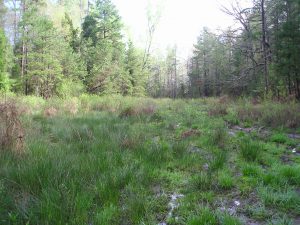 This spring, in a small pocket of Gaston County, slime-covered creatures will emerge from the muck and mire. It may sound like a B-movie horror flick, but it’s really nothing more than the adorable bog turtles (Glyptemys muhlenbergii), the smallest turtles in North America. These turtles are listed as Threatened by the US Fish and Wildlife Service (USFWS), and since 2006, Catawba Lands Conservancy has worked with the NC Wildlife Resources Commission (NCWRC), the USFWS and a private landowner to protect the stream and bog these turtles call home.

The clean and cool water entering Jane’s Meadow Bog is one of the many things that makes this area so inviting for the bog turtles. Normally, bog turtles are found high up in the Appalachian Mountains, but Gaston County is home to one of the rare Piedmont populations. During the last ice age, many plants and animals were forced south and out of the mountains to avoid the ice sheet. As the ice sheet and glaciers retreated, plants and animals began moving north and up into higher elevations. Although, in certain instances, when conditions were just right, plants and animals stayed in areas isolated from the rest of the population.

Such is the case with Gaston County’s bog turtles. Here, cool groundwater flows from a spring through a forested canopy and into a wide and flat valley that is flanked by wooded slopes. As the small stream enters the valley it slows and widens out across the valley floor, creating a sunny bog.

While the bog itself is open and not shaded, the forested slopes help shield the bog below from getting too warm in the long, hot Piedmont summers. “It is the cold groundwater flowing into the bog, keeping it cool, which is key for these bog turtles,” says Jeff Hall, a Wildlife Diversity Biologist with the NCWRC. The shaded, wooded slopes and sunny, open bog create a Goldilocks Environment; not too cold and not too hot. Just right for the little bog turtles!

This population is significant for the species’ survival. According to Professor Shannon Pittman of Davidson College, “isolated populations, like this bog, can be important reservoirs of genetic diversity which can benefit the species at large.” 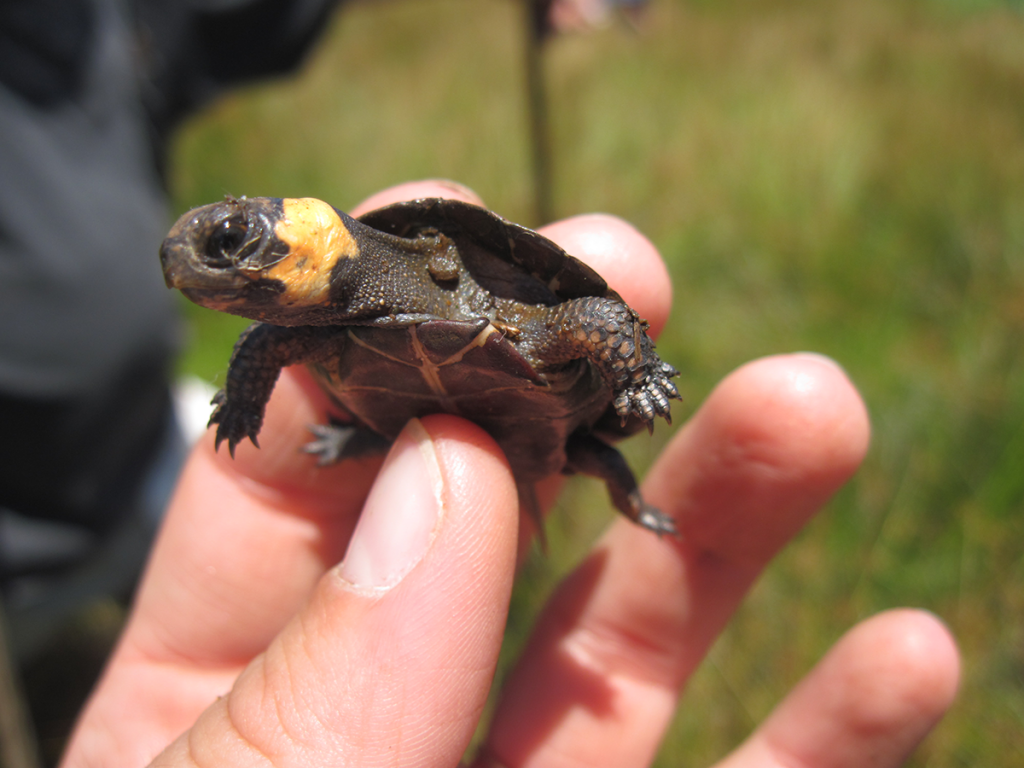 Not only has the Conservancy protected the bog and surrounding land, but the stewardship team has also recently supervised a bog restoration with the USFWS to ensure the bog stays wet and mucky.

THE BOG IS IN TROUBLE

The bog that the Conservancy has worked so hard to protect over the last 10 years is now at risk. An adjoining property, which surrounds the headwaters for the bog, is for sale and slated to be cleared for development. By conserving the adjoining property, the Conservancy will protect the stream and bog as well as the trees which provide the shade that makes the clear, cool water an ideal habitat for the bog
turtles.

HELP US SAVE THE BOG TURTLE’S HOME!

UPDATE FROM JULY 2, 2018: With your help, we were able to raise the $150,000 needed to save Jane’s Meadow Bog! Every dollar donated helped us reach this goal and has allowed up to save this fragile ecosystem.