Celebrating a Quarter Century of Conservation

Remember middle school science class? That’s when we learned about forest succession – the process by which forests are created from nothing and grow to be nature’s cathedrals.

Organizations evolve in much the same way. They start with a seed.

Twenty-five years ago, Mary McDaniel had an idea. She wanted to protect Mountain Island Lake, the drinking water source for hundreds of thousands of area residents, from being overdeveloped.

“I guess I was a little obsessed,” she said of those early days. “But that’s how I was raised. I was raised on a small farm and was outside all the time. Growing up,  there were always two books on my family’s dining table: the Bible and Peterson Field Guide to Birds.”

A dining table played an important role in Mary’s adult life, too. The group that would later become Catawba Lands Conservancy convened for the first time around Mary’s dining table in 1991.

She and her core group of volunteers—lots of ecologists and activists, CLC’s Executive Director Tom Okel said—attracted media attention, then moved on to capture the attention of government officials. She named her fledgling group SMILE (Save Mountain Island Lake for Everyone), and their efforts prompted Mecklenburg County to propose a $5.6 million bond in 1991 that allowed the county to buy the lakefront property Mary wanted protected. The bond’s passage wasn’t just a financial win; it gave the group confidence—and clout. They realized there was an opportunity—and a need—for similar conservation work throughout the Catawba River Basin, and a formal organization—with nonprofit status—was necessary. 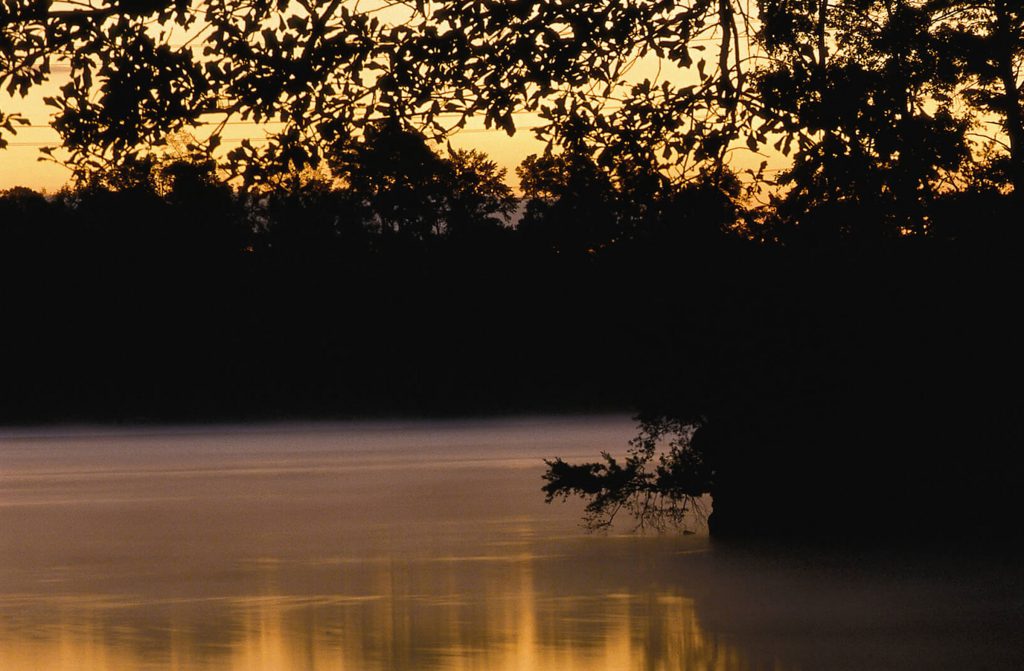 The group needed a leader. Ron Altmann, took on the role and led the group for its first decade. Under Ron’s leadership, CLC grew from a scrappy, all-volunteer grassroots advocacy effort with no operating budget into a viable land trust. But it all began with Mary’s idea. Tom said Mary’s passion was essential in getting the effort off the ground. “I’ve always been an organizer, and I’ve always had a fervor,” she said.

For 25 years, the Conservancy has benefited from strong leadership. When Frank Bragg got involved in 1996, he brought a business perspective to the board that grew stronger over his 12 years of service and remains in place today. This phase of CLC could be compared to the migration phase of a forest – when new seeds are introduced.

That’s not to say CLC was all business during those years. The focus was still on acquisitions and conservation. It was in 1995 that CLC acquired and protected its first property, the Catawba Wildflower Glen. And also during Frank Bragg’s tenure – in 1999 – the Conservancy completed its first conservation easement. That was in Gastonia at Redlair Farm and Forest. The 731-acre property along the banks of the South Fork Catawba River, a working farm at the time, is a part of the Plant Conservation Project today, and offers habitat for many species of plants and wildlife. 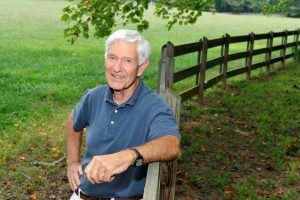 Frank, equal parts conservationist and businessman, praises the people who came before him. “A wonderful group of highly intelligent people got this thing started,” he said. “There were probably half a dozen Ph.D.s involved in those early days.”

As chairman, he helped define the board’s focus. “I saw that we could easily slip into being an advocacy group,” he said. “And those already exist. We’re not the Sierra Club—even though I love
the Sierra Club; I joined in 1976—or the Riverkeeper. I thought our job should be to protect the land in order to balance the growth our region was seeing.”

Frank frequently uses the word “balance” in talking about CLC’s work. A pragmatist, he understands development is going to happen, but he wants it balanced with conservation. He knew CLC needed the support of the business community, including real estate developers. He wanted developers on CLC’s board. “I thought: If we do this right and stick to the principle of permanent
land protection, then everyone will benefit,” he said.

Each era in CLC’s first 25 years has been essential. Each period laid the groundwork for what would follow. But even Mary McDaniel, who dreamed big, couldn’t have predicted what came next.

Dave Cable, now executive director of TreesCharlotte, led CLC from 2004 until 2011, a period of explosive growth for the group. During NDave’s tenure, CLC became one of the first accredited
land trusts in the nation. While Dave accomplished a lot in his years at the helm, he said, “In reality, the best thing I did at the Conservancy was hiring Sharon Wilson.” Hired in
2005, Sharon was—and remains—the Conservancy’s first full-time stewardship director.

“Leaving CLC was the most difficult decision of my life,” Dave said. “I was relieved when we found Tom Okel to assume the helm and move the organization forward.”

Kathryn Heath served as board chair from 2006 to 2007. It was under her leadership that the Carolina Thread Trail took root. But the initial idea came from Foundation For The Carolinas (FFTC) and it was a revolutionary concept when first conceived. Michael Marsicano, FFTC president and CEO, helped birth the idea, and Jill Flynn was chair of the FFTC committee that first studied the concept. FFTC and CLC formed an alliance to promote the Thread Trail and get support and funding for the project.

The idea of a land trust taking on such a large public trail project was untested, and some questioned whether it was consistent with the CLC mission and whether the organization had
the capacity to lead the effort. “And now, every land trust in the country would love to have a Thread Trail,” Tom said. 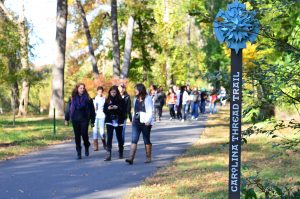 With nearly 1,600 miles of trails now part of the master plan and 350 miles already on the ground, the once-controversial idea now seems like a no-brainer. In a forest ecosystem, this era could be likened to the competition phase where plants and trees are vying for the same space, light and nutrients.

Frank Bragg knows CLC will continue to evolve, like nature itself, but hopes the mission never changes: “Permanent land protection has got to always be the goal.” That goal becomes more important with the increasing development our region is seeing. Kathryn Heath sums up the wonder—and the worry—inherent in living in a boom town: “Isn’t it wonderful to live in such a vibrant region? Yet the downside is that you see land gobbled up. You can see the density change when you compare maps from 1970 to 1980 and from 1990 to today. Land has been lost, and eventually, time will run out.”

She said a recent study showed that the Charlotte area has good parks—but not enough of them for our current and projected population. “The Carolina Thread Trail is really a linear park,” she said. “It’s exactly what our area needs.”

CLC has come a long way, but there’s still much work to be done and plenty of exciting work happening now. Tom cites the recent hiring of CLC’s first program coordinator. Thanks to a grant from the Women’s Impact Fund, Mary Ann Harrison is focused entirely on outdoor programming that connects the public with nature.

The Conservancy looks much different from the days when it was an all-volunteer organization that met in Mary McDaniel’s dining room. The organization now encompasses six counties and has preserved more than 15,000 acres. Water quality is still an important component of CLC’s work, but the scope has expanded to include farmland, wildlife habitat and making connections between people and nature.

Over the last five years, membership has grown dramatically—and grown more diverse. There are now more than 1,000 members, which include members of Catawba Society and Catawba Corps, two important affinity groups for CLC. “Our donors have really changed us as an organization,” said Margaret Brantley, development director.

“Our water supply, wildlife, open space—all of that is vulnerable without human intervention. We’re tremendously grateful to everyone who’s willing to invest in preserving land and protecting
natural resources. We couldn’t have achieved financial security—and we wouldn’t be sustainable—without the generosity of our members.”

Volunteers are crucial to CLC’s mission, too—just as they have been since the beginning. “Everyone who has ever helped clean up a stream, remove debris, planted trees, hiked or canoed our properties or attended one of our events has played a role in getting us to this milestone,” Tom said. “We all have a lot to be proud of.”