In the small community of Alexis located between Stanley and High Shoals in Gaston County lies 62.6 acres of property that has been in Stephen Stroupe’s family since the 1770s.

Stephen’s father, Henry, was born in 1914 on the property in a log cabin. The cabin itself was built in the 1820s, but it no longer rests on the land. It currently resides in Hart Square Village, the largest collection of original, historical log structures in the United States, about 14 miles south of Hickory. The Stroupe land was continuously farmed until the 1930s when Stephen’s grandfather, also named Stephen, became a full-time minister, settling in at Alexis Baptist Church a couple miles from the property. 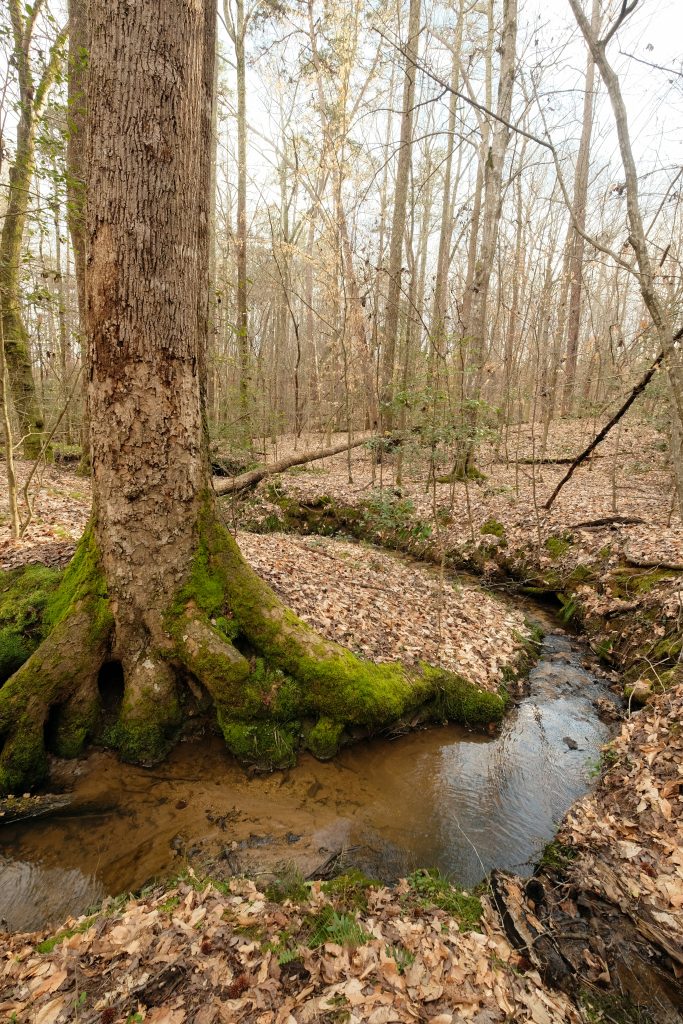 Although he has owned the land for a decade, Stephen has not lived in North Carolina for many years. He grew up in the Winston-Salem area, where his father worked as a professor at what was then Wake Forest College. After receiving an undergraduate degree in chemistry from the same school, Stephen’s graduate studies – also in chemistry – brought him to Purdue University. Stephen has lived in the Chicago area and worked as a chemist for decades ever since.

“I couldn’t maintain the land well from afar, but preserving my familial heritage without seeing the land developed into a subdivision was very important to me.”

Part of Stephen’s fondness for the property stems from many memories of visiting it as a child with his dad.

While Stephen would have liked to keep the land in his family, neither of his children nor his close relatives were interested in the task of taking care of it. The family was looking for an organization to properly maintain it, and the Conservancy fit the description. Stephen generously donated the land to the Conservancy and contributed to the land stewardship funding. Charlton K. Torrence, III of Gastonia also donated $8,000 to help cover the deal’s transaction costs.

The Stroupe property protects the headwater streams of Little Hoyle Creek, which is a tributary of the South Fork of the Catawba River. In total, it buffers 1,375 feet of the western bank of the creek as well as approximately 2,000 feet of other perennial tributaries to Little Hoyle Creek. It’s also
located in a Class IV water supply watershed, meaning the creek provides water for the local drinking supply.

Several high-quality tributaries run through the expansive green space as well. The Conservancy’s Director of Land Acquisition Matt Covington noted that it’s home to old-growth mesic hardwood forests, in addition to dry oak-hickory and dry-mesic oak-hickory thickets. The Stroupe family also planted 20 acres of pine trees there for a timber harvest, but they were never cut down.

“This type of project is historically our bread and butter as a small nonprofit,” Matt said. “We get grant funding to purchase conservation easements sometimes. So, when these types of projects come to us, we’re pleased to be able to act quickly to protect the land and water. If not for the generous donations of these families, we wouldn’t be able to take on projects like this.”