Rare Flowers of the Piedmont Savanna

Found in the Field: Witch Hazel

Depending on whom you ask, this shrub is the first or last plant to bloom in our area. The bright yellow, spider-like flowers, which bloom from late October through December, set against a dull gray forest, are the reward for those willing to brave a hike in this cold and windy season. It takes a full year for the fruit to mature and then it explodes, shooting the seeds outward, often as much as 30 feet. 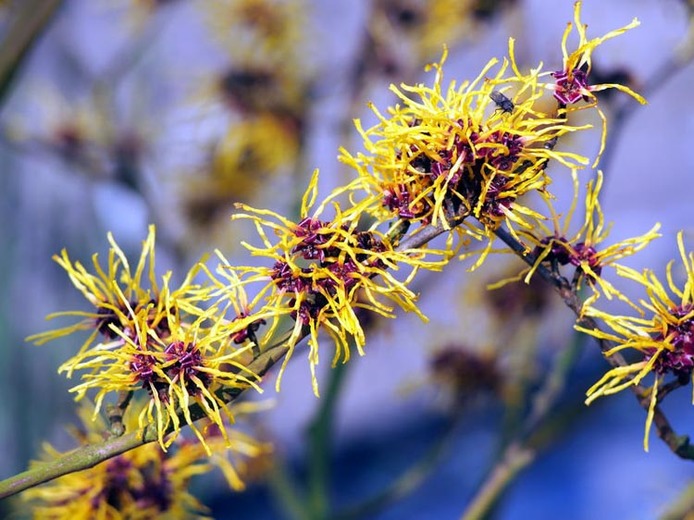 Witch hazel has been valued as an ornamental shrub since colonial times. Yet it has medicinal properties as well. The leaves and bark can be used to create an astringent extract known to treat many ailments, such as cuts, insect bites, fungal infections and swelling. Native Americans were frequent users, and many healthcare products still contain witch hazel.

This shrub looks similar to true hazelnut, so it’s easy to understand the hazel name. However, the witch portion is a matter of dispute. Some sources claim witch is a reference to the plant’s “unnatural” blooming time, while other lore attributes it to the sinister sound of exploding fruit.